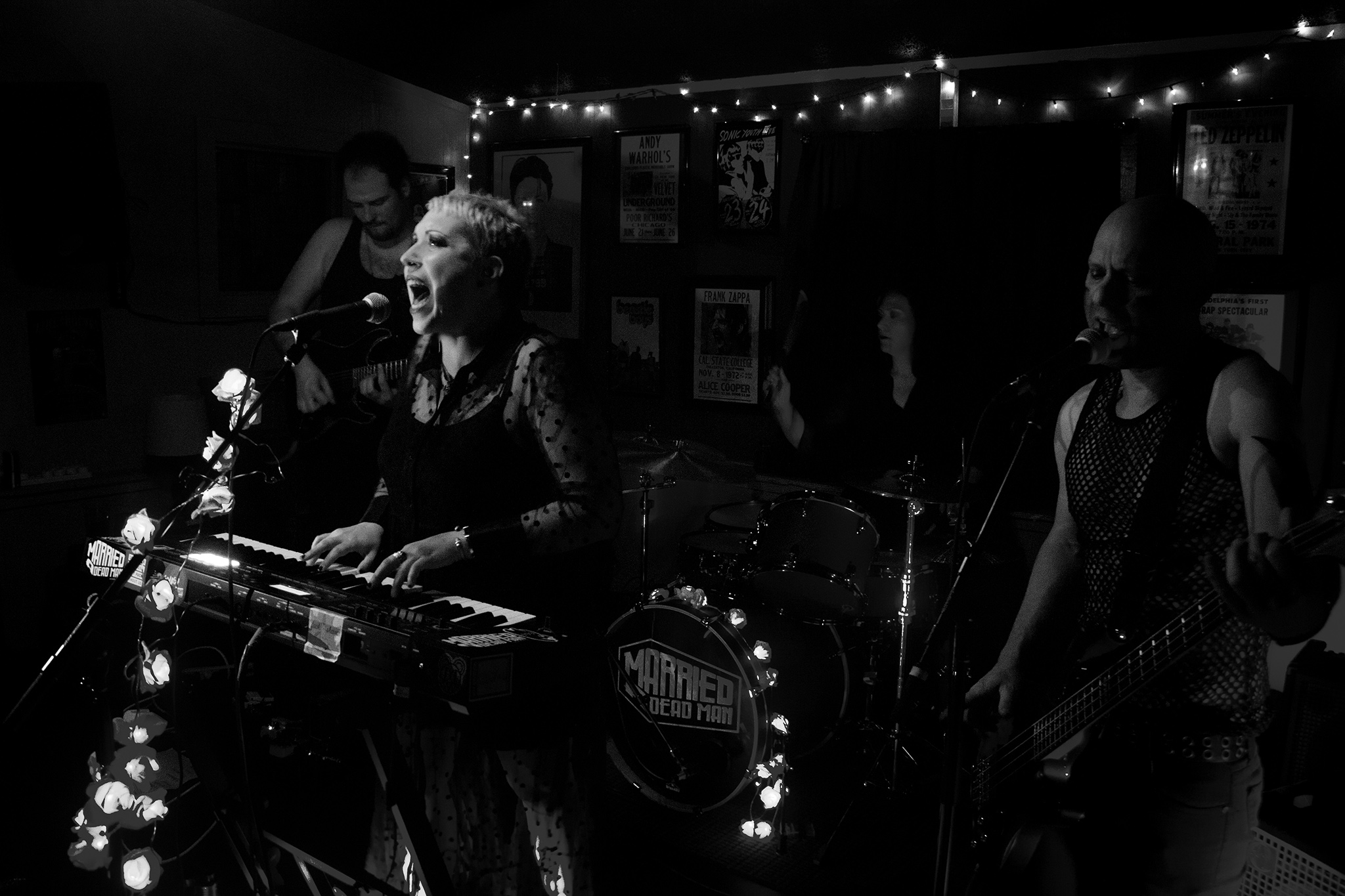 Married a Dead Man was formed by Jaime (drums) and Travis (bass) in July 2016 from the desire to form a female fronted, goth-influenced project. Black clad kindred spirits, Megan (vocals and keyboards) and Jaime met volunteering for Girls Rock Denver, a non-profit organization that empowers young girls through music. Luca (guitar) joined the band in May 2019, replacing the original guitarist.

Brought together by disparate influences, the band creates an eclectic mix of goth, metal, post-punk, shoegaze and dark-wave, culminating a unique Denver-based sound. They collectively have 30+ years experience performing, recording and touring.

Their debut album, Haunt, was released on August 26, 2018. Their second album, Awakening, will be released on November 22, 2019. The band is actively gigging locally and have a Southwest tour booked for November 2019 to support the new album.

Brought together by disparate influences, the band creates an eclectic mix of post-punk, goth, shoe-gaze and metal influences, culminating a unique Denver-based sound. They collectively have 30+ years experience performing, recording and touring.

Married a Dead Man’s sophomore album, Awakening, was released on November 22, 2019 with a tour of the Southwest that immediately followed the release.

You have Successfully Subscribed!